This page starts with the latest news and goes back in chronological order!

In 2021, Jonathan published a new inclusive, loving and accessible version of the Psalms - View and order here.

And ST MATTHEW'S GOSPEL - PART OF THE LIFE BIBLE SERIES

TO ORDER IN THE U.K.

And Romans, I and 2 Corinthians - PART OF THE LIFE BIBLE SERIES

TO ORDER IN THE U.K. View and order here 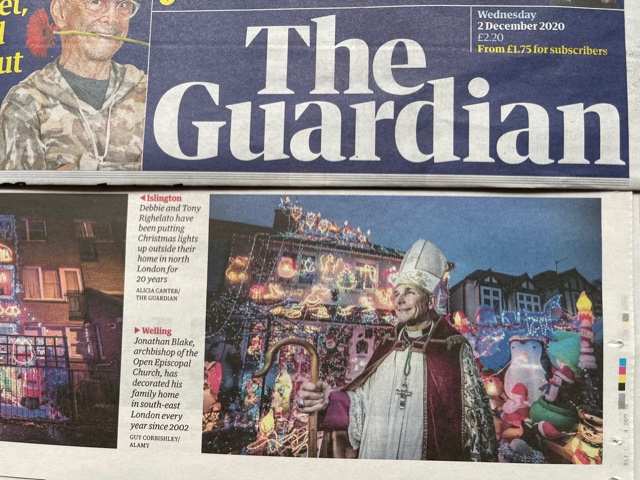 In 2020 Jonathan published his series of books featuring "The Tales of Henry the Lovable Hedgehog", illustrated by Catherine Daw - HERE 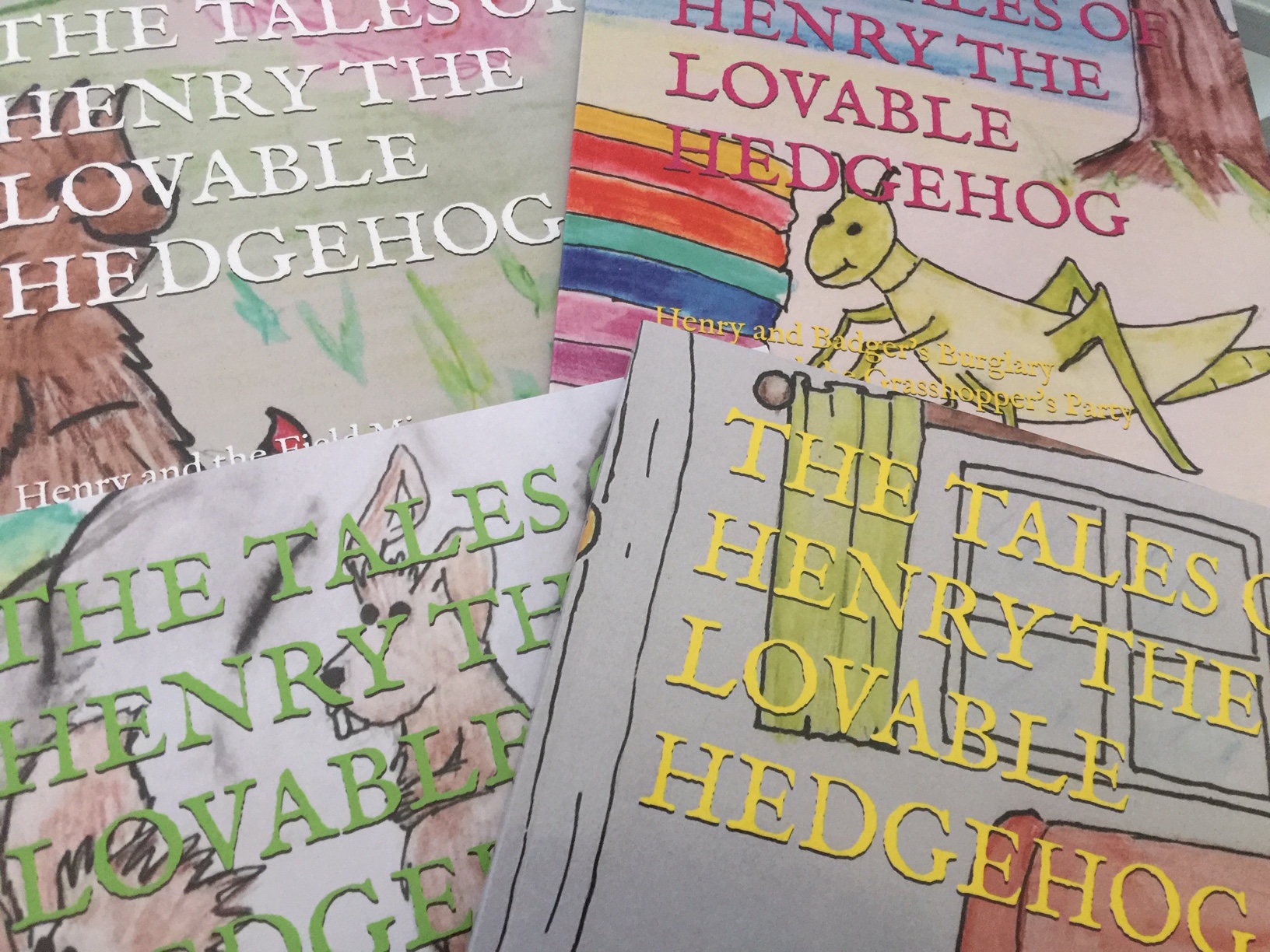 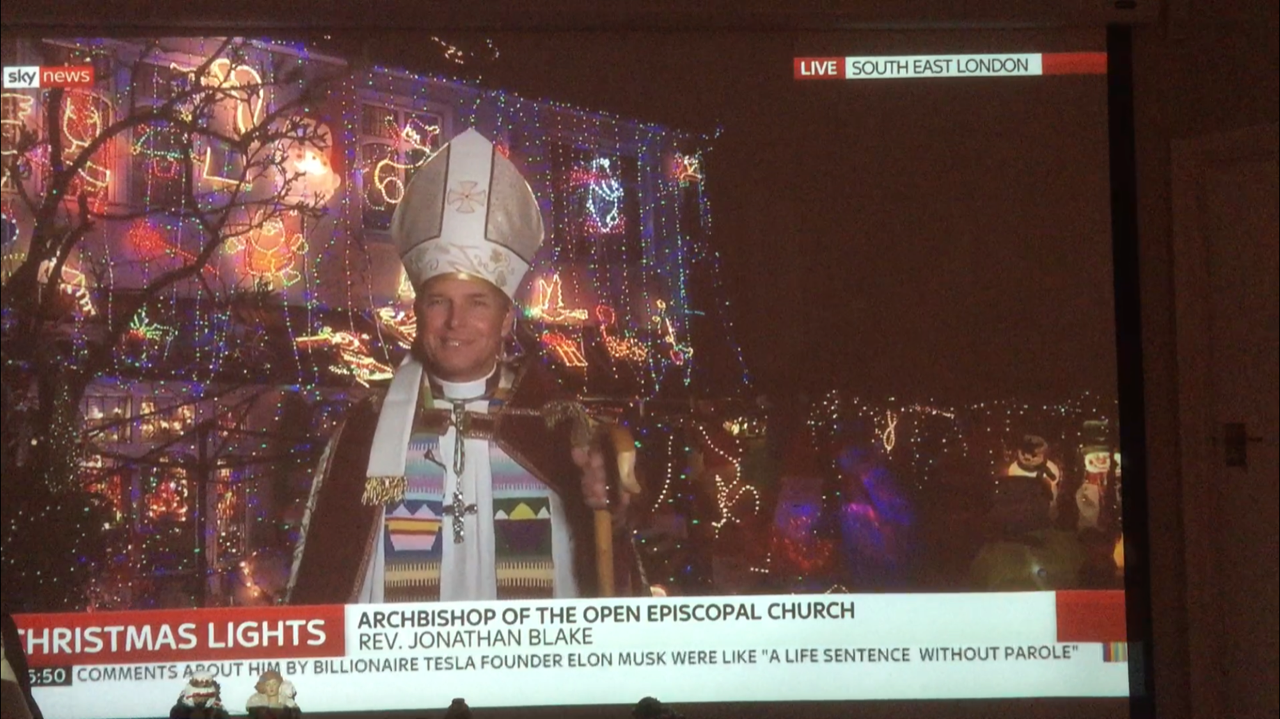 And the Daily Telegraph described his lights as 'spectacular'.

The villagers in the Gambia celebrate their newly provided clean running water that the lights have made possible.">HERE

Jonathan has published many books this year featuring "The Tales of Henry the Lovable Hedgehog", illustrated by Catherine Daw. These are available on Amazon. He has provided pastoral care and support to many during the lockdown period of the pandemic and has continued to take funerals and oversee the Gambian water projects.

Jonathan has been inundated with services this year, funerals, baptisms and weddings, as well as having raised £23,500 through his Christmas Lights appeal to supply two villages in the Gambia with fresh water, from solar panels pumping water from bore holes into above ground holding tanks supplying water pipes around the villages. He has worked with Water for Africa to achieve this, also visiting the Gambia with two of his sons. He has also produced two films about his life, the links to which are on the About Jonathan page of this web site.

Jonathan ordained an Emergency Red Cross Responder for ministry in Thailand, travelled to France to conduct a reconciliatory baptism and was asked to take the funeral of Alfred Smith who worked in Whitehall for over 40 years and was awarded an M.B.E. in 2016, for his services to Downing Street.

He was asked to lead the funeral of the premier league referee, Paul Alcock.

Applicants came from India and America for ordination as the church grew.

He also raised £23,500, with his Christmas Lights Appeal  to provide two Gambian villages with bore holes and solar powered water pumps through Water For Africa, and is now fund raising for water provision for a third village.

He was also campaigning to reform the inadequate and deeply flawed  child protection structures. He was arrested for his writing, charged, convicted of harassment and imposed with a restraining order that constrained his campaign. He carried out 140 hours community service and then was cleared on appeal and had the restraining order lifted.

He was arrested a further three times, for his blogging, to stop a paedophile, was convicted and sentenced to 100 hours community service,  and applied for permission to appeal. Reporting restrictions and  restraining order restrict what can be known. He and his family have suffered much but are proud that through all the trauma they have helped to successfully stop a paedophile. His church and the public are also proud of his brave work.

Jesus was crucified a common criminal for his ministry and beliefs. A Christian must be willing to suffer for what is right. His passion and commitment remain undeterred, to continue to do all he can to protect children and to stop their abusers.

Jonathan continues to travel the country and world, ministering with love and compassion, ordaining clergy, conducting marriages and baptisms in every location imaginable and taking personal and sensitive funeral services. His ministry is highly acclaimed.

In 2014, his book "That Old Devil Called God Again" was published by  Christian Alternative Books, an imprint of the John Hunt publishing House.

He published further books ( see his book page ) and wrote extensively on his blog and his facebook page.

In 2015, his annual fundraising for Save The Children was featured on Channel 4, on Christmas Eve,  in the programme  "My Crazy Christmas Lights".

Jonathan has seen the Open Episcopal Church grow from strength to strength, opening branches in the United States, Thailand and Brazil. The mayors of Margate, Bournemouth and Cambridge have attended his services and he has ordained clerics across the country.

He has continued to publish,  as well as travelling extensively, ordaining clergy and conducting ministry .

Jonathan has been invited twice now to Downing Street to meet the Prime Minister and at two later events the Deputy Prime Minister in recognition for his work in campaigning for equal marriage since 1994. He consecrated  the first woman bishop for Scotland in 2012 and Bishop Lesley Dennis as the first woman bishop for Northumbria in 2013.   In May 2013 Jonathan travelled to Cairo to ordain a young priest at St Andrew's Church. Jonathan has been appointed an Independent Custody Visitor with the Mayor's Office for Policing and Crime. 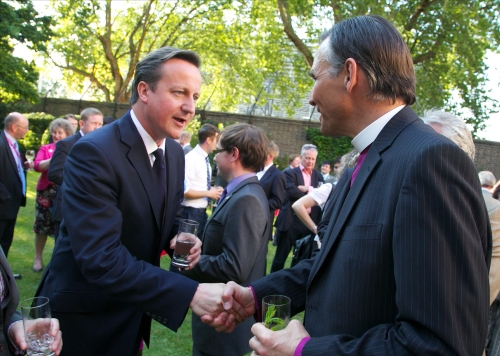 In 2008 The Open Episcopal Church launched a worldwide service to receive Holy Communion through the post. In 2009 Jonathan was asked to take the wedding blessing for Jade Goody and Jack Tweed and then, after Jades tragic death, to take the prayers at the family wake. He also established the campaigning organisation www.whennooneswatching.org. In October he was invited to speak at the University Philosophical Society, Trinity College Dublin.